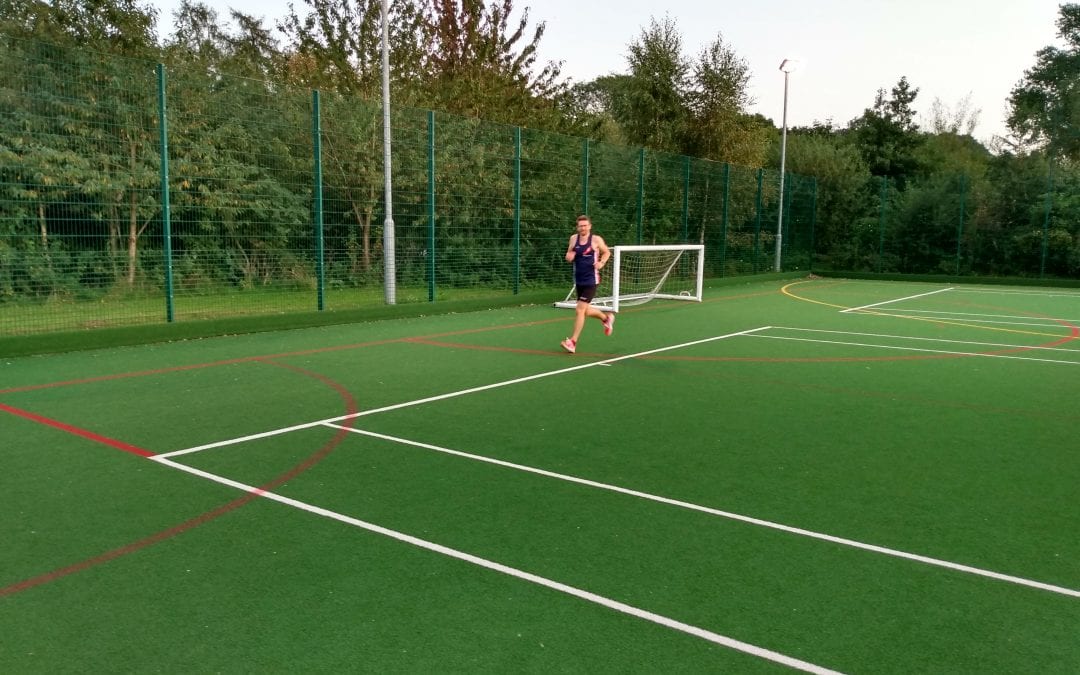 Club league leader Graham Robinson was out and about on Saturday, running a hilly 27km.  Graham was checking out the league’s latest segment, Kate’s canter 5km, which he laid down a modest 28:01 marker on to attack next time out.  However, he also revisited Incline Triple Whammy! (39:15) and the Barrell Edge Solo race (37:38) in the same run  In fact, he even ran the WRC Tunnels and Trails course too, though this included a detour and wasn’t official.

Whilst Graham (pictured training hard at our Monday night speed session) is in his first full season with the club, this year he is the only WRC member to have ticked off all the segments in the club league, hence the deserved lead.  However, it’s not too late for anyone to try to catch him, just get out there and run those segments – as Graham has proved, if you’re prepared to do the running, the points are there for you!  Good luck!