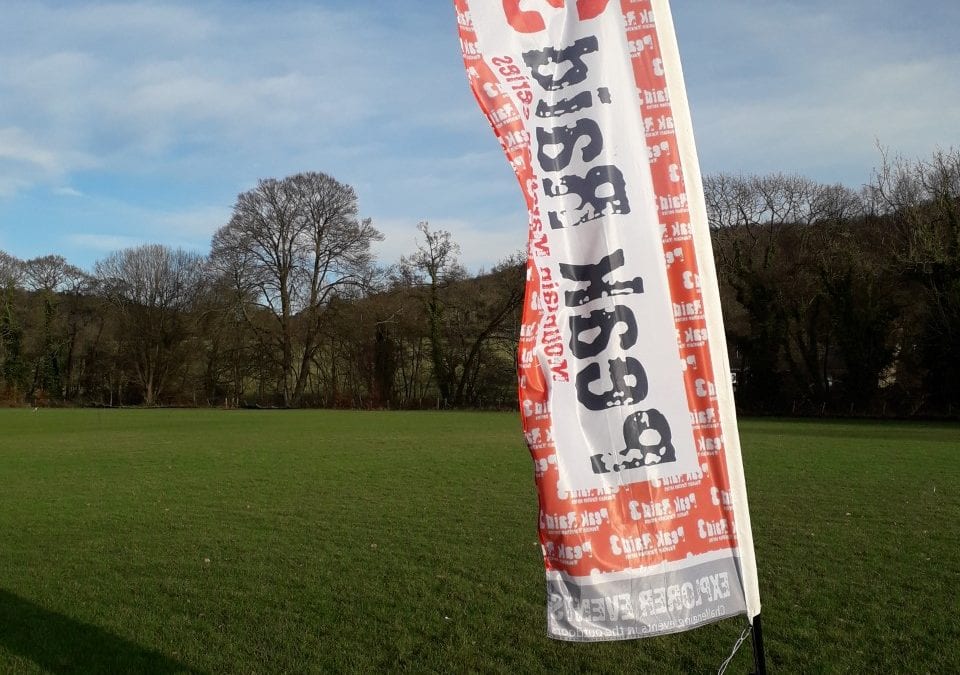 The now infamous ‘Wirksworth 4’ (Rachel Hathaway, Jo Butt, Emma Roberts and Clare Eardley) headed out to a chilly Grindleford for the 3rd round in the Peak Raid 3 series. New skills were required as they were now navigating on actual orienteering maps.
“There’s no words on it?”
“There are a lot of houses…oh no, that’s woodland…”
“What? We are not following paths?”
Compasses were used, bearings were taken (accurately!), bogs were encountered and heather was…generally in the way!  There were a few falls, most spectacularly Emma on probably the firmest and shortest grass they encountered!  There was lots of laughter and they all enjoyed it immensely.  Improvements from last time include better use of the 3-hour time limit, use of bearings and being aware of distances. You never know, one day they might actually be good at it!  They’ve already entered the final round from Calver on 15th January, 2020, one more runner could see them activate Article 50 in the club league as it’s in the league points window.  Will anyone dare to join them?