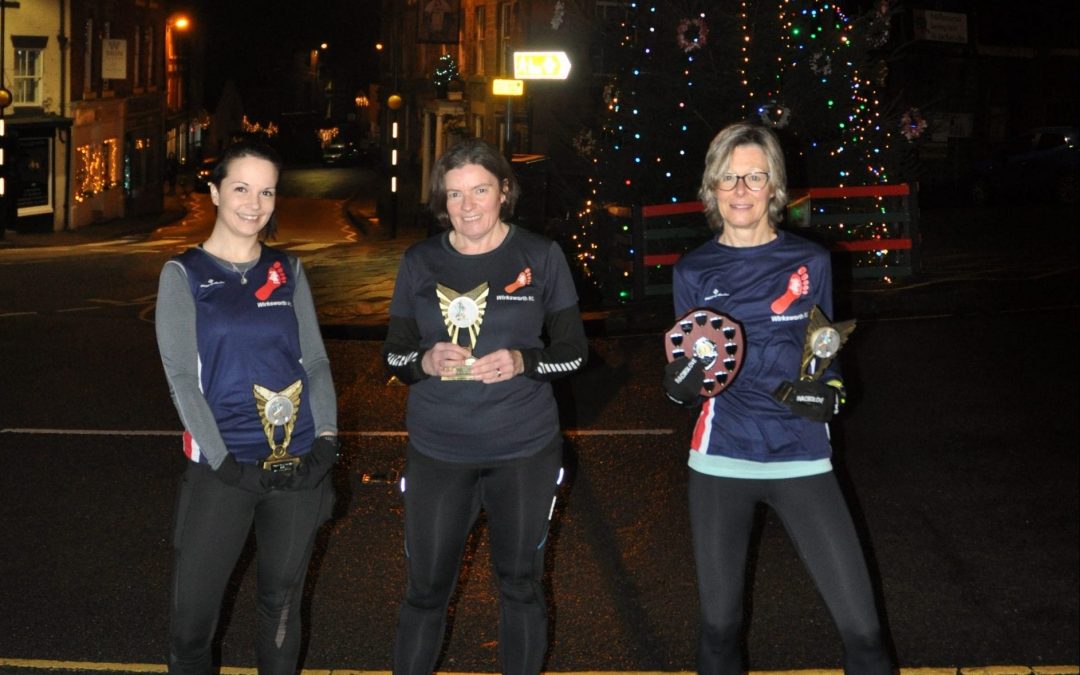 Sunday 29th November proved to be arguably the most exciting finish ever to Wirksworth’s club league!

Like most things in life, the league was thrown into turmoil in March 2020 when the Coronavirus crisis and subsequent national lockdown meant that races were cancelled.  However, our members rallied together and came up with an emergency plan.  Our 2020 club league consisted of members racing each other over the year on Strava segments created by us.  Some of the segments were already familiar to us, such as our Cromford Time Trial and Carsington Time Trial routes. 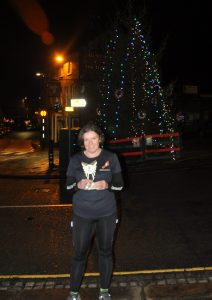 However, many new great routes were added by WRC members Chirs GIllott, Emma Roberts, Rachel Hathaway, Bob King, Mark Crawshaw, James Watson and Kate Watson.  Because our local parkruns are well established courses, we were also able to keep the parkrun section of the club league open, effectively as a segment.  A one-mile segment was added and we held two very well attended team relay races in the summer for everyone to record their fastest mile time of the year.

In the words of star runner, Paul Christmas,
“It’s testament to the excellent culture within our club that this year’s league feels like it’s been the most hotly contested and has had the broadest participation in all the years it’s been running, despite all the challenges around us.”
Well said, Paul!

Including the parkrun segment, there were 15 segments in total, and it seems very fair that the only two club members to have completed all 15 won the men’s and women’s competitions.  However, this doesn’t quite tell the full story in the women’s competition (wait for it!) 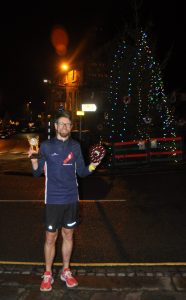 Graham Robinson’s improvement has been rapid

In his first full season with the club, Graham Robinson romped to victory in the men’s competition, amassing an impressive 160 points, which included a lifetime 10km PB of 44:28 on our Tunnels and Trails Course.  Graham’s rapid improvement is not over yet – expect to see him competing hard to retain his trophy in 2021, albeit with the much tougher handicap that he has earned himself.

The league is, of course, designed to reward runners who improve over the year.  It’s therefore no surprise that Chris Hubbard (111 points) and son, Zack Hubbard (94 points), finished in 2nd and 3rd place.  Both have worked extremely hard at Monday night training and the results have shown on the segments.  James Watson (85 points) should get a mention for his late attempt to catch Zack.  James may well have sneaked onto the podium if he had not been absent for the late summer, cycling to Istanbul!

Meaning no disrespect to the men’s competition, let’s get on to the exciting bit…  Rachel Hathaway held quite a big lead in the women’s competition for a long while in the summer, though, with 2 or 3 segments ultimately unticked, she was eventually overtaken on her way to a solid 131 points and 3rd place.  The last week saw the 2020 league come down to a two-horse race bewteen Elaine Stone and Stef Brassington, who took it in turns to leap-frog each other into the lead as they ticked off their remaining segments with some big points scoring. On the very last day, Elaine had amassed 193 points and Stef was on 189 with one segment to go – the Undulator.  The sportsmanship shown between Elaine and Stef in the last week was something the club should be proud of.  They both cheered each other’s runs and Elaine was bracing herself for the news that Stef had overtaken her with another solid run.  At midday the news arrived that Stef had needed to abort her Undulator attempt because of cows blocking the route.  Not to be deterred by this bad luck, Stef ran Rachel’s Rocks instead and only missed out on tying with Elaine for the league by 11 seconds!

With 12 hours left to go, Stef was on 191 points, just 2 behind Elaine, and she was tired having already run twice in the morning.  But this wasn’t going to stop her giving it one last go and she went out to attack her one-mile time on Lea Road.  Stef needed 6:31 to tie, 6:24 to take the club league – Stef had only run a sub-7 minute mile for the first time earlier this year, so this was an astonishing ask.  It was extremely exciting – we had a WhatsApp group fixated and asking for updates!  Sadly, for Stef, it wasn’t to be.  She put together a fantastic attempt, going through the half-mile mark in 3:11, but, with time almost out, she collapsed in a heap with about 80 metres short.  An incredible last day, bad luck, Stef and well done, Elaine. 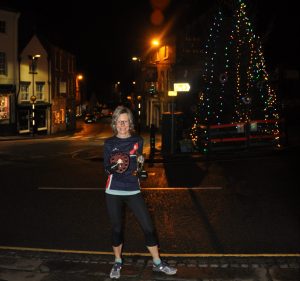 Elaine Stone has run brilliantly in 2020

Elaine really did run brilliantly this year – to retain a handicap league takes some doing but Elaine put in the hard work, improved on an already high level, and reaped the rewards.

The parkrun section was won by Laura Jones.  Laura joined the club in the spring to alleviate the boredom of lockdown, her usual weekly 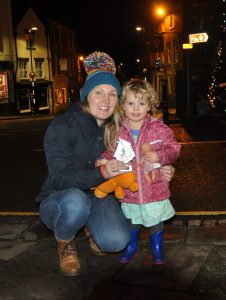 routine of gym classes and dancing having grinded to a halt.

At this point her parkrun best was 31:14.  Laura worked hard on her running and, on 19th September, ran the Bakewell parkrun course in 27:47, an 11% improvement in just 6 months – well done, Laura!

Congratulations to Graham and Elaine and well done again to everyone who took part.  Let’s make the 2021 league just as good, if not better! 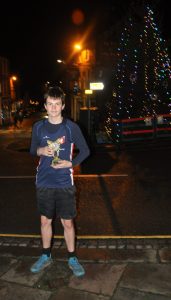 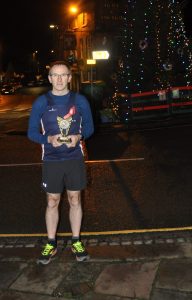 No surprise that Chris Hubbard came 2nd after his improvement

The final scores in the league were: