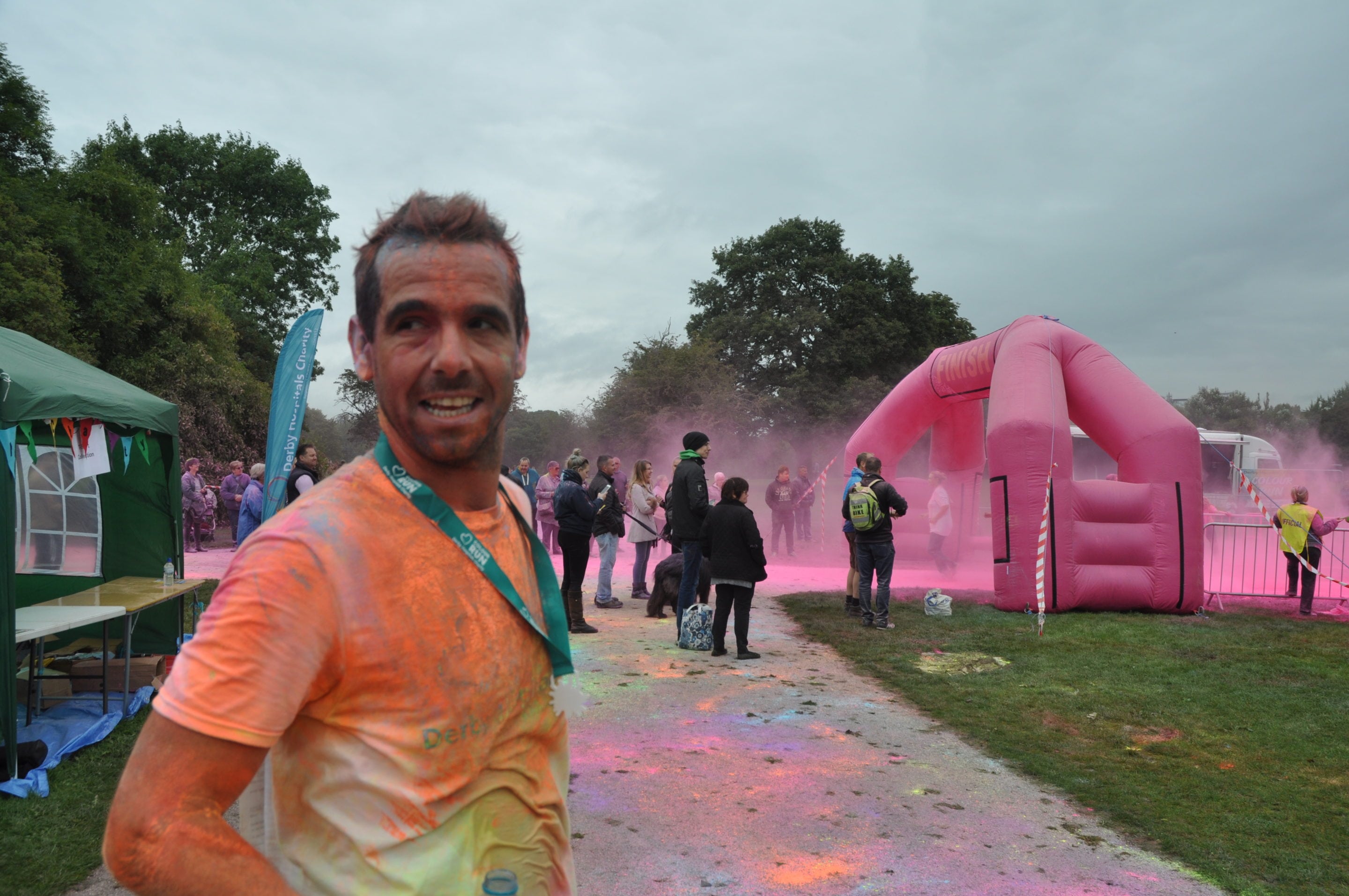 John P and Brian did another of their cycle-run-cycles to the Markeaton Park Run last Saturday. Results were;
13th John POTTER 20:08,
130th Brian CLEMENTS 26:10,
343 runners.
John also took first place the following day in the Colour Run on the same course.  John writes “this is what I looked like at the end of winning the Markeaton Colour Run yesterday.  As you run round, various people throw coloured powder all over you, it’s for charity.  The course was basically the parkrun course – it wasn’t a race for serious runners (hence me being able to win) but it was good fun and would thoroughly recommend it to WRC members for next year.  It’s the only running race I’ve ever won, and likely to be the only one I ever will win :-)”
On current form he’s being too modest and has many victories to come!