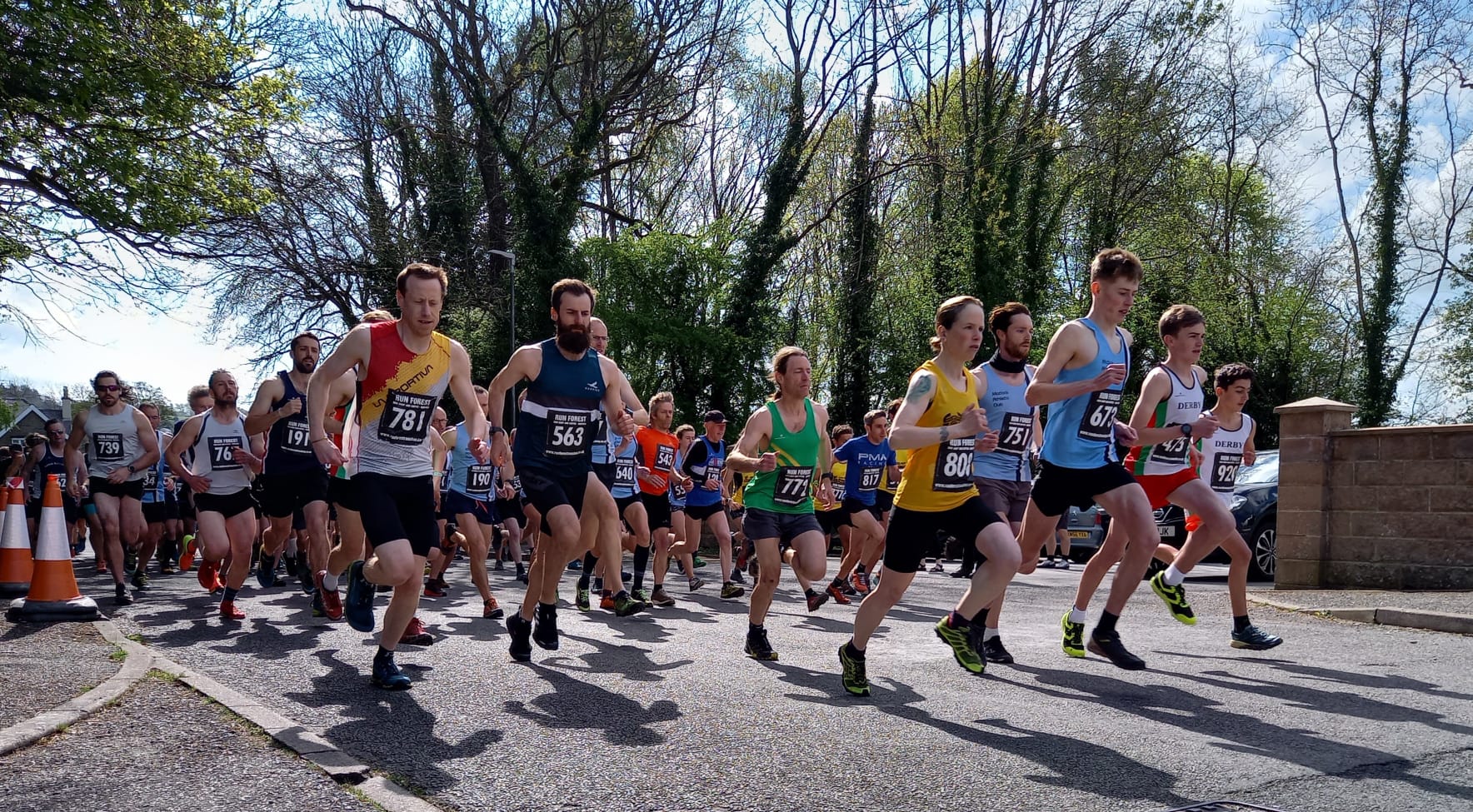 I’m pretty sure this was actually the 30th running of this race that was started in 1990 and has had one year off for foot and mouth and one year for the pandemic.

106 runners lined up for the full incline race and one course record was smashed.  Derby AC men took a clean-sweep of the first 3, with Alex Pilcher winning in 24:23, Matlock AC took the next 3 positions, with the amazing Katie Walshaw taking 7th and first lady in 27:35 taking 90 seconds off the previous record set 7 years ago.  Katie is a seasoned GB international mountain runner and travelled all the way from Holmfirth to get a hilly race in prior to the European trials in two week’s time.  She said the Incline fitted the bill perfectly.

Alex Pilcher won the men’s race by some 50 seconds.  Colin Davenport after winning overall last year was first VM40 and his son, Robbie, was first 12 year old and winner of the Sam Taylor shield in the short race.

The indomitable Rich Bradbury was first VM50 for Matlock who also had VM60 and VM70 winners.

Wirksworth RC was led home by Dave Brassington in 11th place and Victoria Smith in 32nd.  Olly Pratton and Chad Bean had a battle with only 2 seconds separating them, with Alex Howard finishing soon after.

In the short race and keeping it in the family, Heidi Johnston, WRC’s Peter’s daughter, medalled with jet-lag arriving back from the US the day before.

WRC always donates to a local cause from the money made at this race and this year Wirksworth Scouts are to receive a donation towards their trip to South Korea for the world Scout jamboree.

My thanks to all the brilliant helpers on today’s race which has re-established its cherished place with local runners.