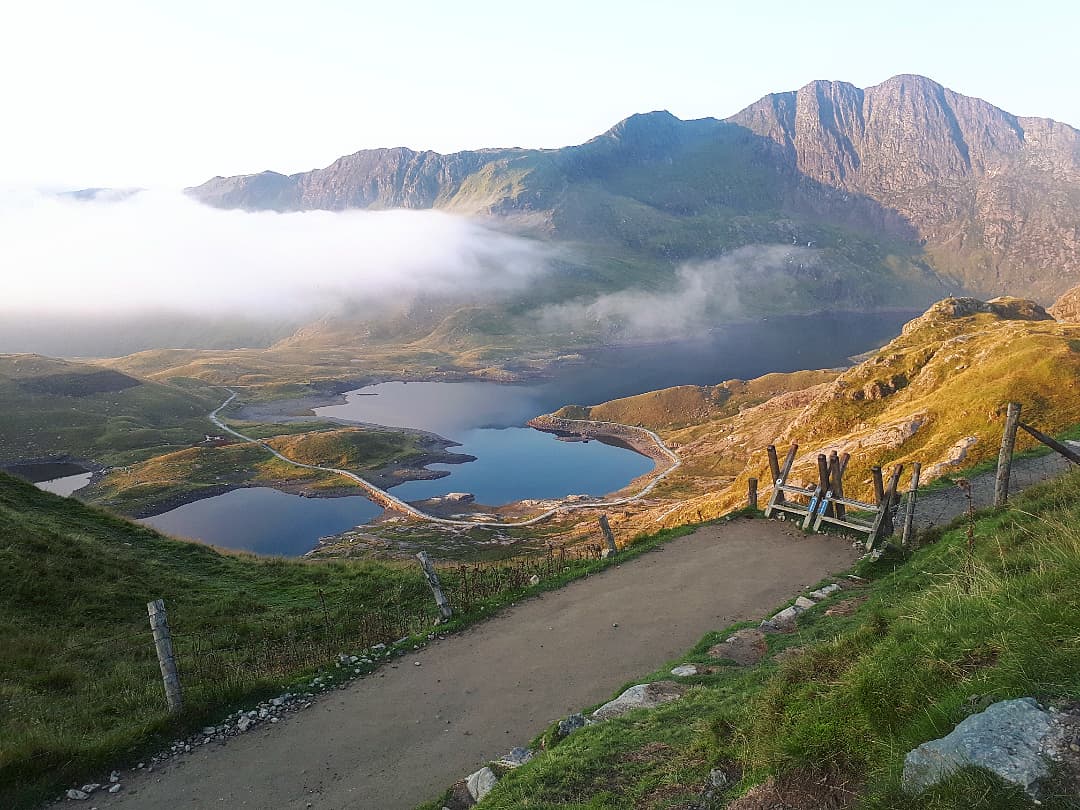 The Welsh 3000s, or the 14 or 15 peaks challenge depending how you count it, is a 50km one-way route in North Wales (Snowdonia) typically navigated from South to North taking in the 15 summits over 3000ft. The route includes approximately 4000m of ascent.

I had wanted to run the Welsh 3000s for a long time. I can’t remember exactly when I decided I wanted to do it but the idea of completing the challenge in less than 12 hours intrigued me. Most people walk it over two days or try to complete it in under 24 hours. As a runner, I wanted to travel light and fast and when it came to it, solo and unsupported.

The bank holiday weekend was approaching, and the forecast was for full sunshine. This seemed like the perfect opportunity to run it, and a chance not to be missed. I drove over to North Wales on the Saturday evening and arrived at a layby near the Pen y Gwryd Hotel at around 10pm. When I arrived it was dark, quiet and I was hoping to get a good night’s sleep. Unfortunately, my nerves and the traffic noise on this bank holiday weekend had other ideas. After a not so restful night I woke up at 6am and decided it was time to go! Taking my breakfast (a ham sandwich) with me, I started to walk slowly up the footpath to the Pen y Pass car park (which is now so expensive and challenging to book I decided the extra 10 minutes of uphill walking was worthwhile). 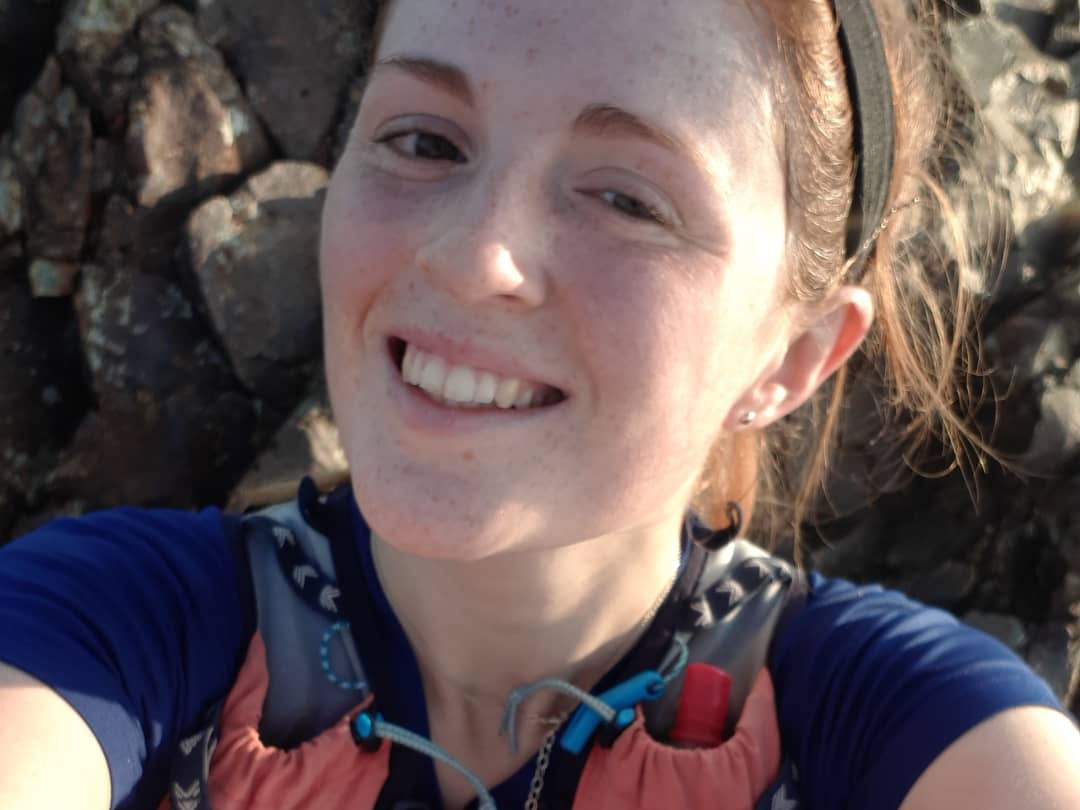 Most people walk the route over 2 days but Bethan completed in less than 12 hours!

To my surprise, people were already up and about, getting ready to hike up Snowdon, some people were even coming down! One couple I spoke to had bivvied up on the ridge. The morning was spectacular, with a stunning inversion the mountains felt magical and made up for the lack of sleep. I scrambled up Crib Goch and reached the summit at 7.42am. I stood for a few minutes, taking pictures, updating my parents and boyfriend on my whereabouts, and appreciating the view before officially setting off on my run!

The ridge of Crib Goch going towards Snowdon was a bit slow. It is exposed, and in my opinion, not particularly runnable. Despite taking it steady to start with I made a slight navigational hiccup when I thought a well-trod footpath would go around a small peak. It did not. I reached the summit of Snowdon via Crib y Ddysgl and was amused to find a group of people hugging the summit cairn and singing, along with a socially distanced que of people waiting to get to the summit cairn. I decided that this was not the time for social niceties and scrambled past the people waiting, touching the summit cairn between some guy’s legs before heading off down the train track towards Nant Peris!

After Snowdon the crowds dwindled, and I was happy to be alone, slipping and sliding down the wet, steep and grassy slope into Nant Peris. When I got down, I re-filled my water bottles in the river and ate some food while I walked towards the impending doom that is Elidir Fawr. The route up Elidir Fawr I had done before in the Elidir Fawr hill race some years before. I knew that I was in for a long hard slog and that it wouldn’t be easy. It is the biggest climb of the Welsh 3000s after all. Only it was harder and more painful than before, and I texted my mum to say, ‘heading up Elidir Fawr now, absolute sh**ter of a hill’! Excuse my language, but at the time I was feeling sick, dizzy, tired and sore. 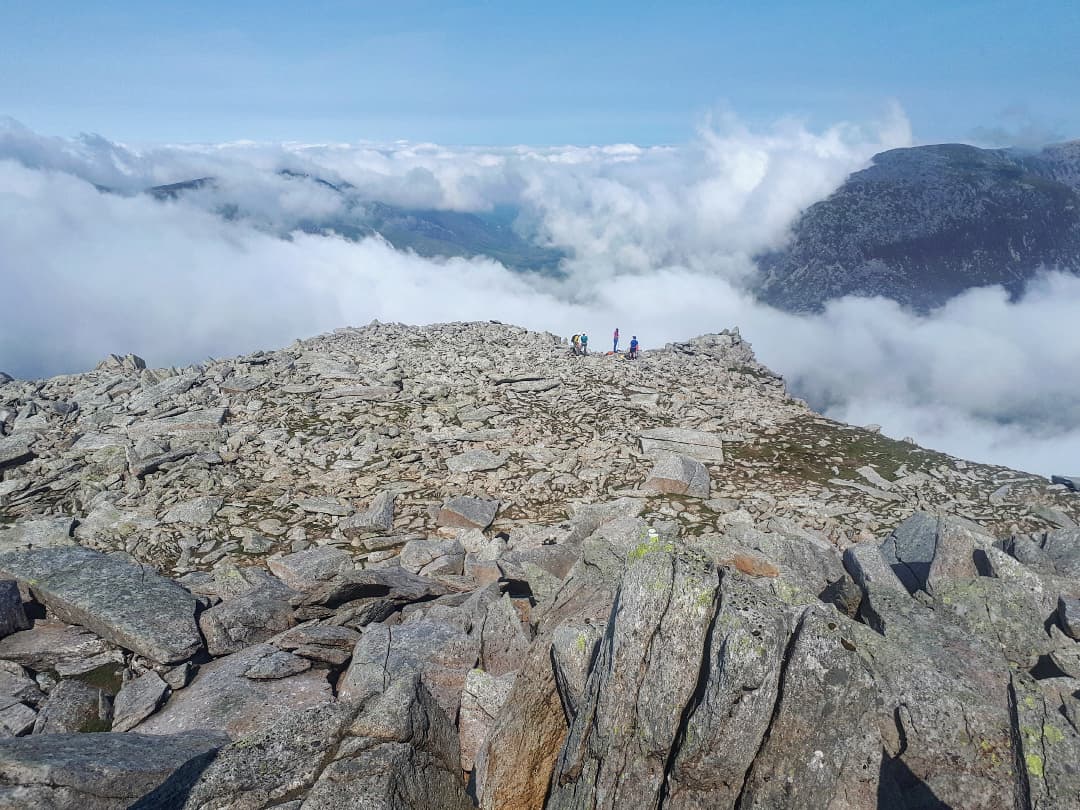 Once I had reached the summit of Elidir Fawr it was nice running for a section along the ridgeline to Y Garn. I enjoyed this and consequently felt much better. Next up, the Glyders. The Glyders are rocky, hard, and unforgiving. My route choice between Glyder Fawr and Glyder Fach was not ideal, I followed what I thought was a footpath that turned out to be going too far right and down the hill. I made it over to Glyder Fach with the help of my map but thought I could have saved some time there if I had known the best route. After the Glyders there is a steep, loose and rocky downhill section to the beallach before Tryfan. I must have looked pretty rough going up Tryfan, as a young lady asked me if I was OK and a man told me I was nearly there! There were a lot of people at the top, so I didn’t hang around, and headed West off the summit of Tryfan down the steep gully. By this point my legs felt like jelly and I fell on my bum a couple of times. Again, some hill walkers asked I was alright, and I said I was, I had just been a long way and my legs were a bit useless! 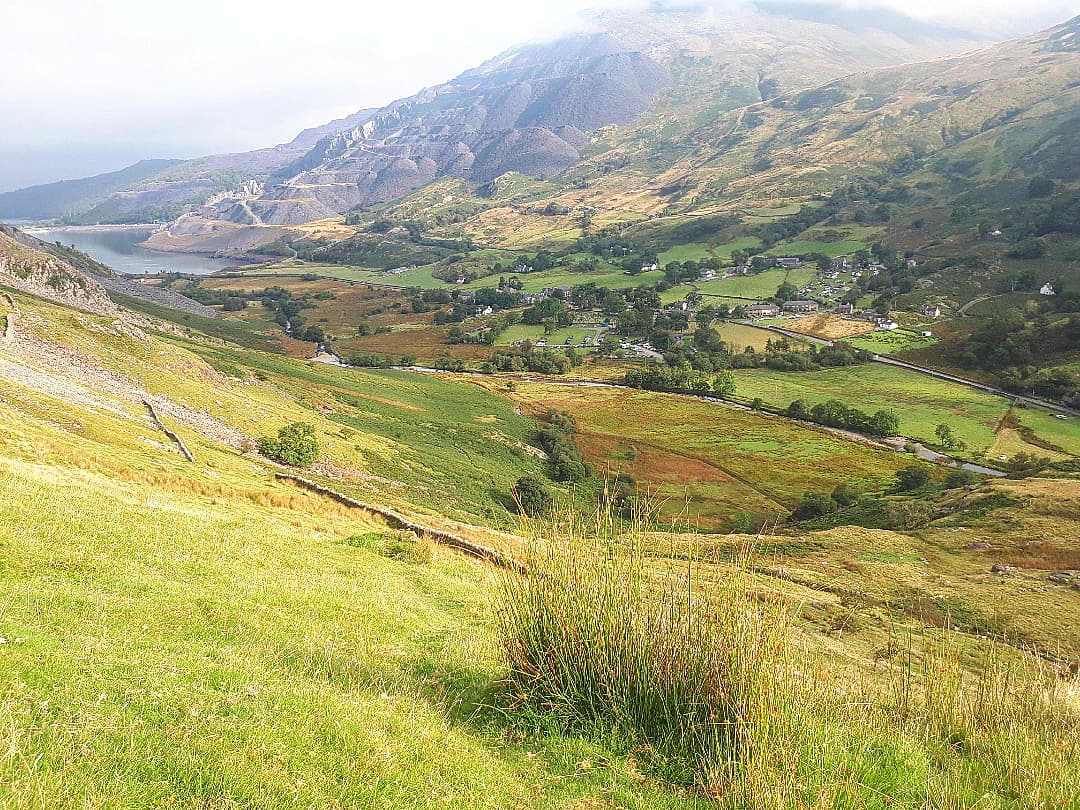 I found a stream coming off Tryfan to re-fill my bottles again, staying hydrated is particularly important with long distance running, before running along the road to the bottom of Pen yr Ole Wen. Another hill I was not looking forward to climbing. The ascent up Pen yr Ole Wen is not quite as long as Elidir Fawr but the terrain is loose, steep, and yet again, unforgiving. Fuelled by my trusty pork pie, I begrudgingly scrambled up the mountain. Questioning my life choices and telling myself that at least when I got to the top the worst would be over and I had the lovely rolling hills of the Carneddau to look forward to. Only I had forgotten how rocky the Carneddau were up until Carnedd Llewelyn. For the out and back to Yr Elen I contoured around Carnedd Llewelyn which wasn’t particularly runnable for my tired legs but saved me some ascent perhaps. After Carnedd Llewelyn the final three tops remained. Gentle, rolling and grassy, they were a relief after the mountains I had just run. Every little incline was agonizing by this point and my phone battery was critically low. I managed to send a text to my friend, Jordan, who was picking me up at the end, and take a final selfie before it conked out completely.

I was on my own literally and virtually when I reached the final summit and end of the Welsh 3000s at Foel-Fras. There was nobody around for miles, and I only had a few sheep to share the occasion with. I sat on a rock and almost teared up, not quite believing that I had finally done it. And in a time of 8 hours 33 minutes from Crib Goch to Foel-Fras (summit to summit). I was delighted with that. The only thing left was to hobble down to the car park and hope Jordan had received my message… he had.