Tour of the Derwent Valley 2021 Edition 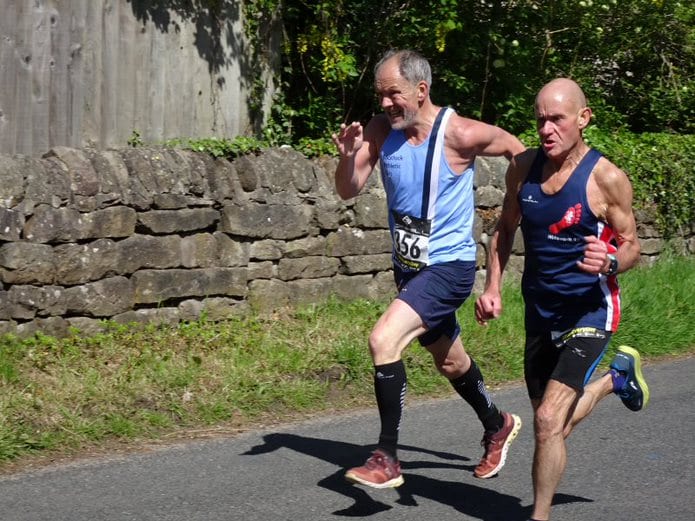 David Denton’s marvellous race series returned after a pandemic-enforced year off and once again involved Wirksworth RC runners as it has done pretty much every year in memory. The ‘Tour’ is a series of 4 races over the late May Bank Holiday weekend which have changed slightly over the years (although the vicious Rowsley race at the end has remained the same throughout), but are always challenging due to the ascents. This year, the four races were as follows:

Dave Spencer and Peter Johnston both took part in the whole tour, with Dave winning a keenly fought M60 category and coming in 14th overall and Peter coming in 11th overall (sadly an also-ran in the M40 category which yielded 3 of the Top 5, including the overall winner!). 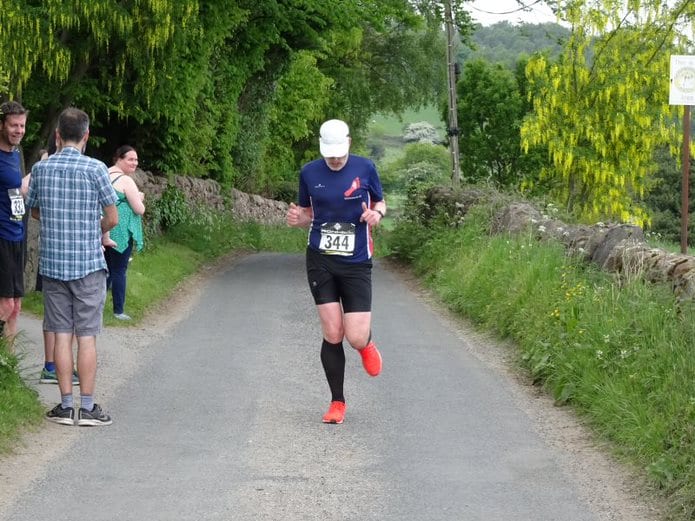 Stage 1 in Duffield eased us in with a simple out and back route with the big climb on the out, and by 8pm in the evening, the heat was a little more bearable. Stage 2 was the only course with some off-road – about a mile through the woods with some nasty climb – this completely scuppered Peter’s overall time as he struggled in the afternoon heat, whereas Dave maintained his consistent form that served him so well all weekend. Stage 3 saw a resurgent Peter get stronger over the longest course of the weekend and making the most of the morning start negating the growing heat whereas this was probably Dave’s toughest day, losing time to his nearest M60 competitor on the challenging climb to the finish line. At the start of the final day, Dave had a 20 second lead to protect and Peter needed to find at least 45 seconds on the nearest competitor to move up the overall ranking. The Rowsley race runs straight up the two miles to Stanton in the Peak and is as brutal a bit of road-running as you are likely to find, but both Wirksworth runners showed that all those hilly club runs do pay off, with Dave staying well in front of his M60 rival and Peter finding over a minute to overhaul the runner in front and nab 11th place overall.

These races are highly recommended and can be done as single events, but we’d really recommend doing the whole series – the camaraderie and mini-competitions that spring up over the course of the weekend make it great fun (once you’ve finished!!). The 2022 edition will start on Thursday 2nd June (due to the extra Bank Holiday).