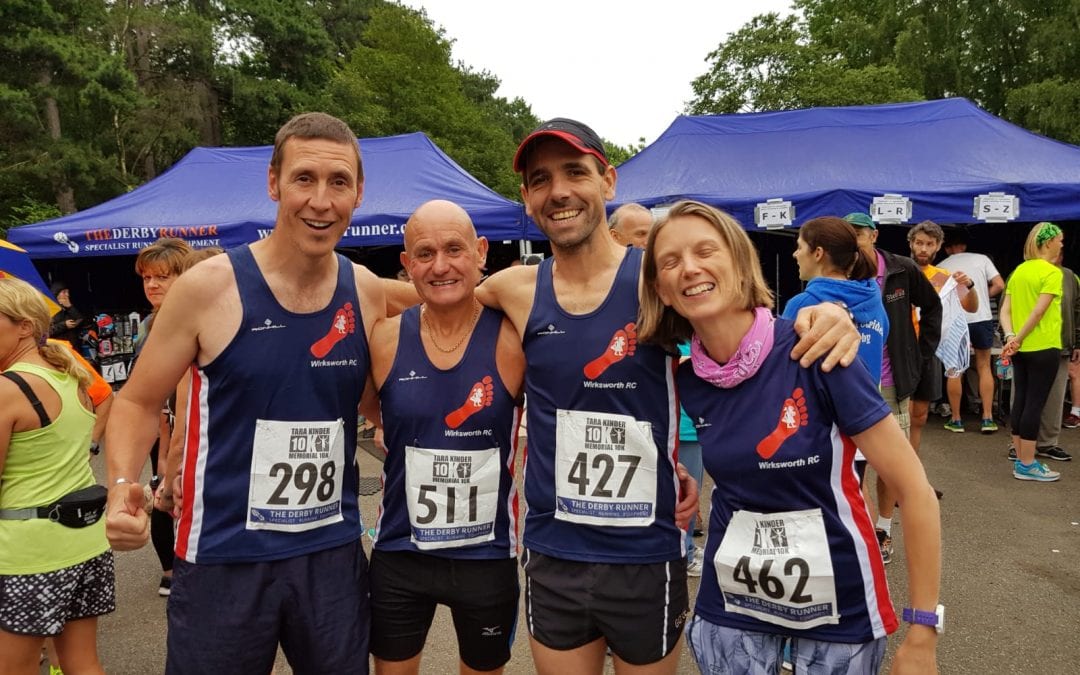 It’s a warm, humid Friday evening and many are settling down to a nice glass of wine or a cold pint.  However, there were 495 people at Elvaston Castle getting ready for the proper way to unwind after a week’s work, namely going at it hard for 10km!  Four WRC members were amongst them in this race, which takes in 3 perimeter laps of the Elvaston Castle grounds, on a mixture of tarmac and gravel paths.  Though flat, the course features quite a few turns and you’re slowed down by the gravel in places, possibly even the speed humps on the tarmac sections.  All of this is arguably made up for by the course probably being slightly short, most GPS watches clcoking around 9.8km.  Wirskworth ran well and we still ended up in the pub afterwards unwinding in the normal way with the muggles.  WRC positions and times were: