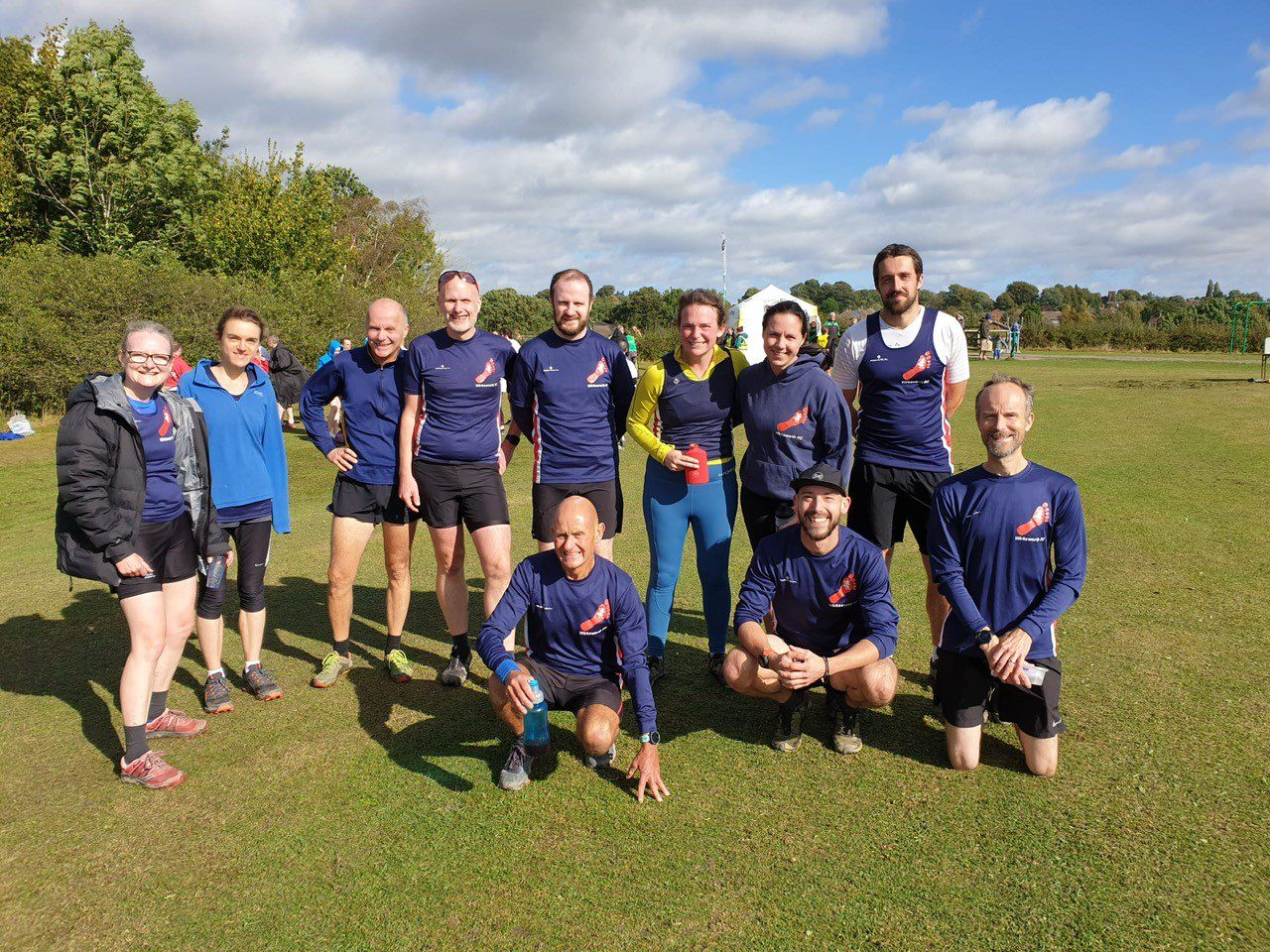 A bright and breezy Sunday morning greeted a full team of four WRC women and eight men to the first Derby Runner BDL Cross County of the season at Shipley Park. In spite of the previous day’s rain, the race took place on a relatively benign course that remained firm under foot across the fields, woods and gravelly sections of the two lap, 5 mile circuit. Although not as hilly as some, Shipley Park is still challenging enough, with some short uphill sections, cross camber slopes and is a ‘proper’ cross county course, that is often the venue for County Championships.

The men’s team placed a heady sixth out of 12 teams – the highest that this reporter can recall – and there were some truly exceptional performances, from both experienced and runners new to the country. Chris Sleath, was a magnificent second, with first timer Dave Brassington an impressive 41st and the men’s scoring seven all coming within the top 69. Cap’n Lewis Glover maintained his consistency in 47th, with the ever improving Adam Leighton just behind in 51st. Messrs Johnston, Edwards and Spencer can be very pleased with their highest placings for a while, with Dave top of the V60s and Simon second V55. Dan Thompson also ran an excellent first ever cross-country coming 73rd and can only go from strength to strength. The women were similarly impressive, with newbies Chloe Gordon and Liz Abrahams, packing like pro’s in 38th and 39th, Liz was also fourth V50 and longstanding members Nicki Ward and Eva Moncaster running strongly in 58th and 60th. As ever there was a great sense of friendly club rivalry, and the newly anointed BDL Captain did a great job in keeping us all motivated and hungry (need some work on the team cakes Lewis!). Next stop Chaddesden Park on Remembrance Sunday, flat and always sunny, with the added interest of a river crossing and a start to the strains of the Last Post. Don’t miss it!