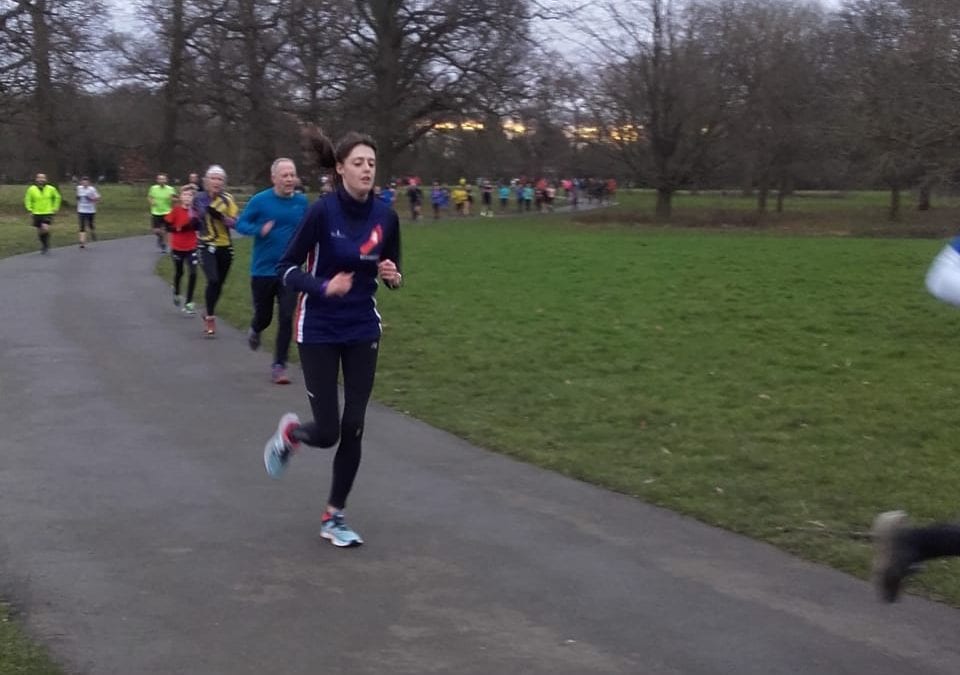 Whatever Sarah Chamberlain (pictured) had for breakfast this week, let’s all have some next time we go running.  Despite a recent run of course PBs, which you would expect to become more infrequent as she finds her true level, Sarah obliterated her best Markeaton time (set only one week ago) by an astonishing 1 minute, 14 seconds!  Sarah’s 26:21 is clearly not where she will be settling down, expect to see much, much more!  If you can’t get hold of Sarah’s breakfast of choice, don’t panic because you’re not going to go too far wrong with whatever Bob King ate this morning.  Bob’s 19:34 was a course PB and, when you adjust for the gradient, probably his finest 5km race ever.  An experienced runner, Bob’s marginal gains are going to be much harder to come by but watch this space – we have a man on a mission and he’s only heading in one direction.  John Potter’s 18:42 and 3rd place completed a trio of fine performances by Wirksworth runners at Markeaton, though he was more than happy to be eclipsed this week by Sarah and Bob, who both overtake him in the parkrun section of the club league.

Mark Crawshaw (19:54) and Dave Spencer (21:13) made sure that Wirksworth’s presence was also felt at Bakewell this week.  Mark has now gone sub-20 at Bakewell ten times.

Chris Gillott became Wirksworth’s first ever runner at the Alvaston parkrun.  Chris went round in 20:36, which was just enough for a top ten position.