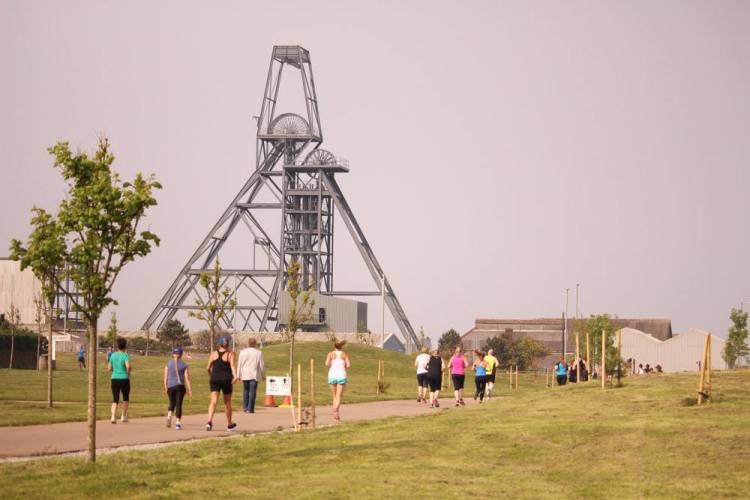 Three went to Bakewell this week and there was some strong running to be seen in the hot, close conditions.  Mark Crawshaw recorded yet another comfortable sub-20 with 19:48.  John Hobson was slightly disappointed with his 20:29, the disappointment being more a reflection of John’s recent meteoric rise in speed than the actual time being anything to be disappointed with.  Dave Spencer was definitely not disappointed with his 20:44 as he managed this inspite of suffering from mild asthma on the morning.  Dave is also getting ready for the Matlock triathlon on the Bank Holiday Monday morining.

Tanya Rountree went round Markeaton this week with her son, Aidan, who recorded a very respectable 34:55.

On the road, John Potter ran at Heartlands parkrun, an old tin mining site down in Redruth, which has been converted into “Cornwall’s first cultural playground” (pictured).  John was with the leaders until about the 3km mark, where he was comprehensively dropped into 2nd place.  His 18:57, however, was just about enough to hold on to it.