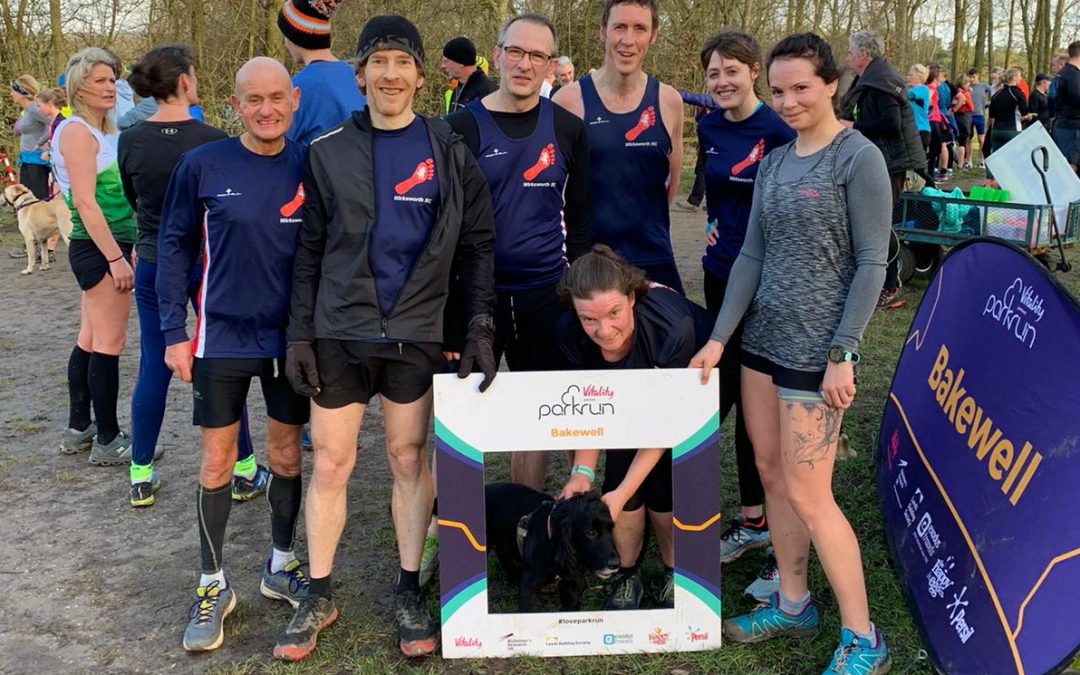 There were PBs left, right and centre again at Bakewell this week but you will surely remain very safely in your chair when you find out that Sarah Chamberlain was responsible for one of them.  Sarah’s 25:27 sliced over a minute off her previous Bakewell best!  Why knock just one minute off your PB though when you can do two?  Stef Brassington’s 25:45 obliterated her 16th November effort, demonstrating her return to running form as a new mum is well and truly occurring.  Chris Hubbard completed Wirksworth’s hat-trick of course PBs, knocking 19 seconds off his previous best, an improvement that would have looked very big on most normal weeks!  It was pretty hard for our other runners to shine through this rainbow of achievement but they did their best and there were some fabulous runs… Bob King (19:27) missed his course PB by just 1 second, Mark Crawshaw went sub-20 once again with 19:56, and Rachel Hathaway shot herself sharply up the club league with a very impressive 28:53.  Dave Spencer’s return from injury continued with a very solid 21:24. 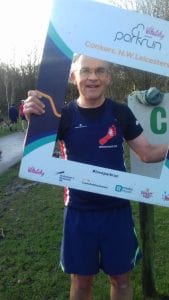 At Markeaton, Graham Robinson opened up his parkrun account with a swift 22:27.  Graham has only recently joined WRC and he’s working hard at Monday night training, so expect to see him move up through the gears.  John Potter (21:41) got stuck at the back of the race with daughter, Jennifer, in her buggy – he did finally manage to weave her mini-cheddar-filled cheeks through the traffic but he was a minute off his best buggy run there.

Meanwhile, Chris Gillott also ran locally, at the ‘No Walk in the Park’ 5km at Queen’s Park in Chesterfiled.  Chris writes…
“It was a very challenging run, with a headwind up the incline section on each of the 4 laps. I found myself in a two-man race with a chap from Milltown Millers for the second week running, having had the same duel last week at Bakewell (just prior to the now legendary ‘Battle of Hassop Funnel’ between three ageing Wirksworth runners).  I managed to match my course PB, coming in at 20:26.”

On the road, James Watson was mopping up 10 club vest points at the Conkers parkrun, inbetween Burton and Tamworth.  James is running superbly at the moment, as his 21:33 demonstrates.