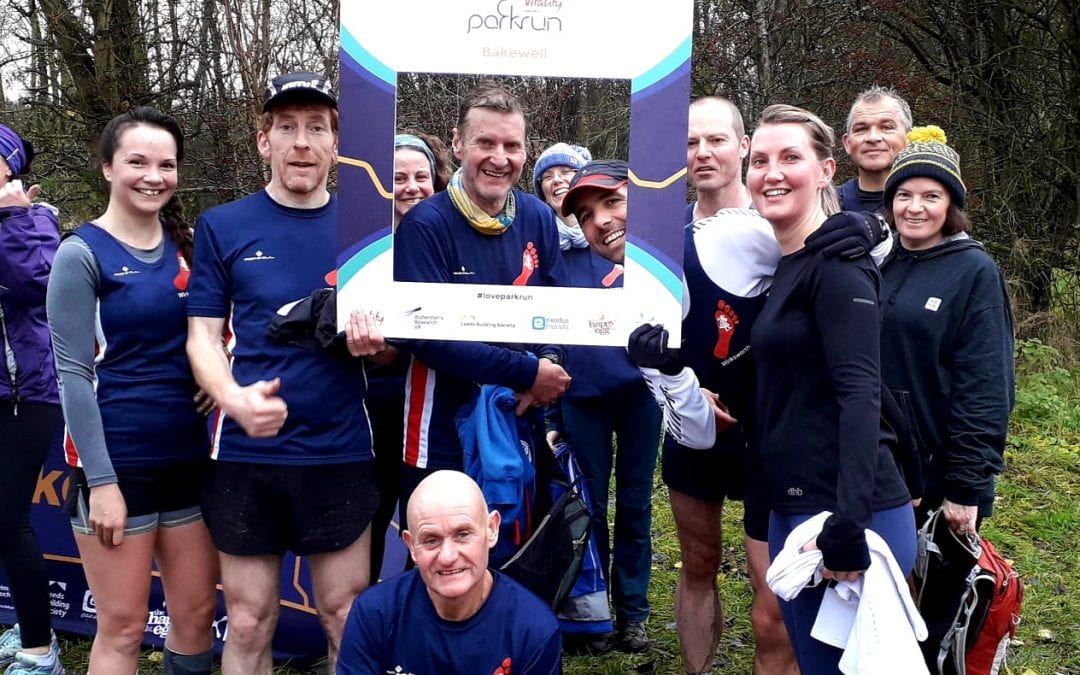 It was a rather special parkrun this week.  Brian Clements ran his 200th parkrun, his first one being in Bromley back in early 2010.  Brian didn’t just want to go through the motions, he ran his heart out, annihilating his previous Bakewell best by 21 seconds and recording a lifetime PB of 23:30!  Quite a few WRC members were there to see it and some wanted PBs of their own.  Stacy Newton smashed 30 seconds off his course PB with 19:42, steeply climbing the parkrun section of the club league in the process, surely confirming his now unassailable lead in that.  The achievements didn’t stop there – it’s only 5 months since Stef Brassington gave birth for the first time, yet she has her running shoes back on already and clocked 27:45 as her opening parkrun bid – only 199 parkruns to go to catch Brian!  Mark Crawshaw (20:43), Dave Spencer (21:55), James Watson (22:26), John Potter (23:53),  Jo Butt (30:55), Tanya Rountree (32:45) and Rachel Hathaway were all at Bakewell to support Brian in his incredible achievement – well done, Brian!

Bob King was a bit sad to miss out on Brian’s 200th at Bakewell party, being away in Minehead.  This didn’t stop him banging out 19:37, which was enough for 5th place at the Minehead parkrun.