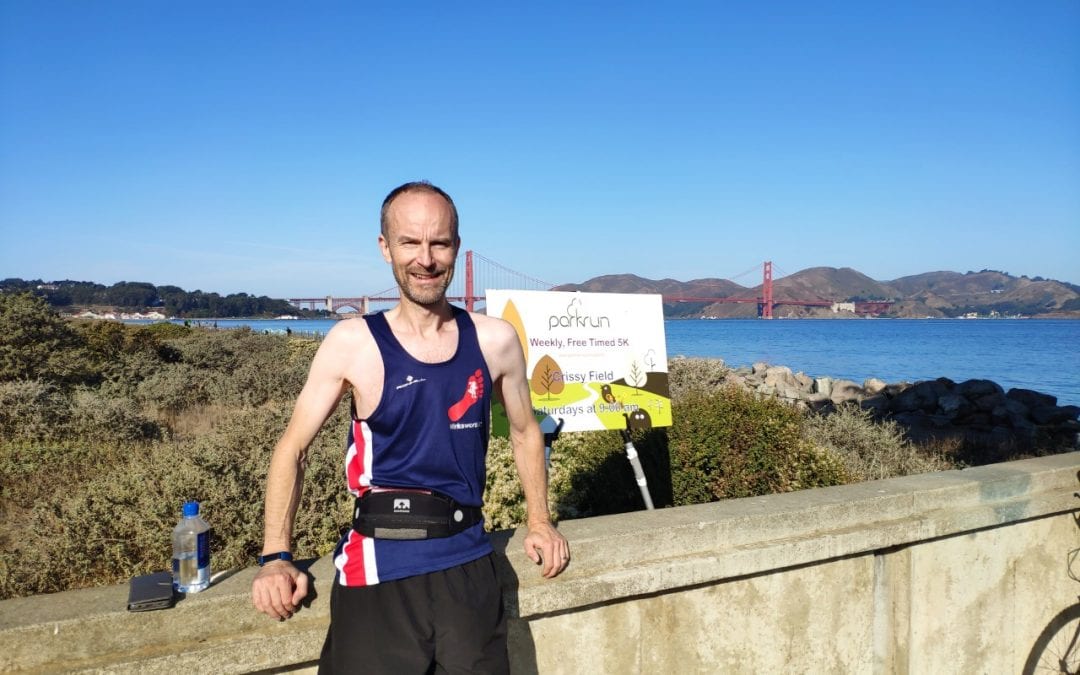 With many WRC members saving themselves for Sunday’s BDL race or other races, the turnout at parkrun this week was low.  This didn’t stop it being a pretty amazing week for Wirksworth.

“I’m very pleased with my time of 20:22, which I put down to energy provided by donuts I’ve eaten, being super excited to be parkrunning on the US west coast and finally, despite San Fran being known for the hills, the run held on Crissy Fields (previously an airfield) has got to be the flattest parkrun of all”.
Sarah Chamberlain didn’t make it to San Francisco but she did run another PB at Markeaton, this time by 1 second.  Sarah’s 27:51 is yet another sign of her continued improvement.