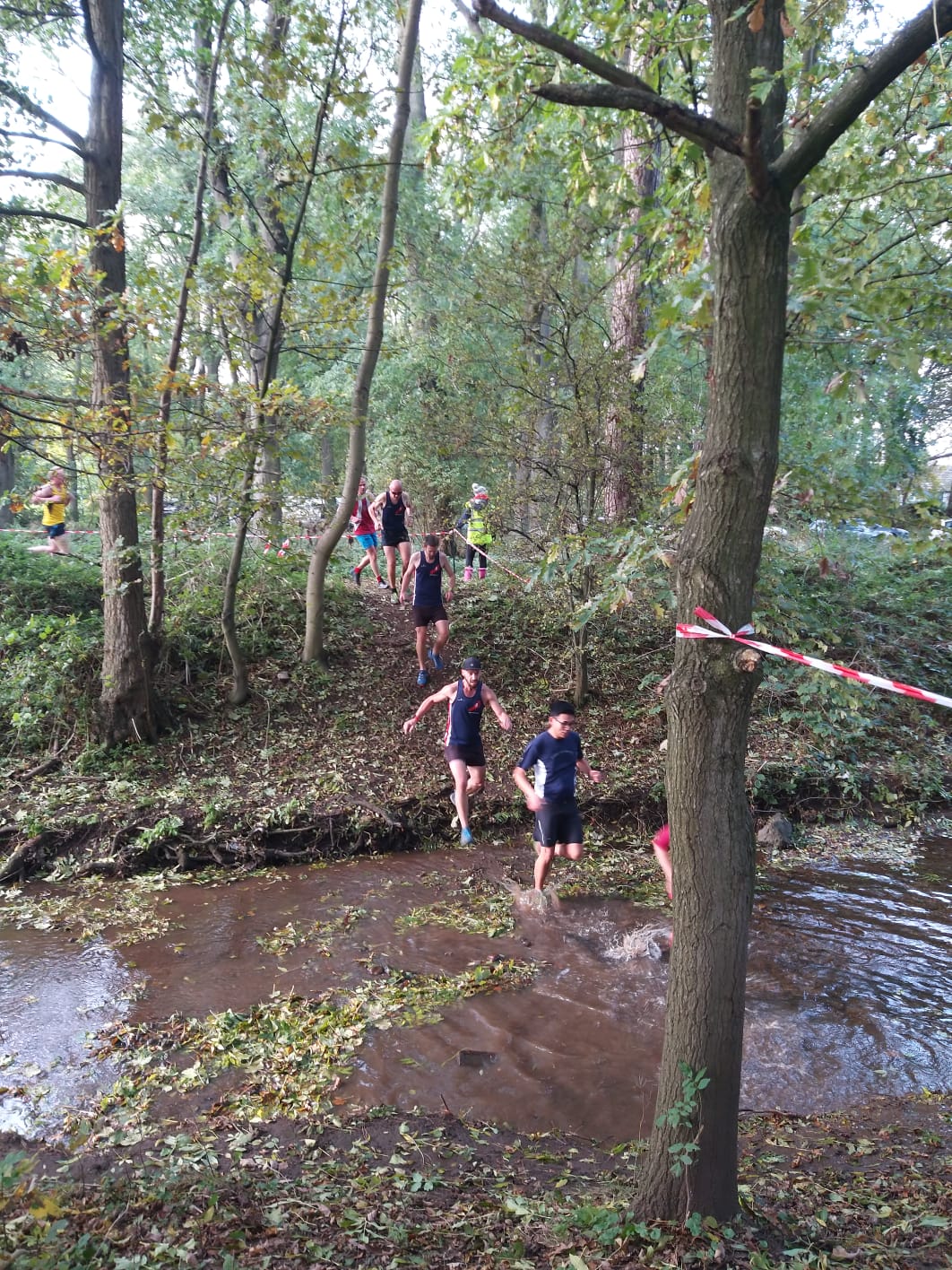 A truly spectacular 18 Wirksworth Runners turned out at the second BDL at Chaddesden Park last Sunday.  Perhaps reflecting the recent boom in membership this must be the highest ever representation at a Cross Country with a mix of new and old members doing us all proud.  Special mention must also go to the vociferous support around the course, provided by Denise (who also took some great action shots), Nicky and Corey Rose and the Family Robinson, whose cries of ‘c’mon Dad’, could be heard halfway to Spondon! 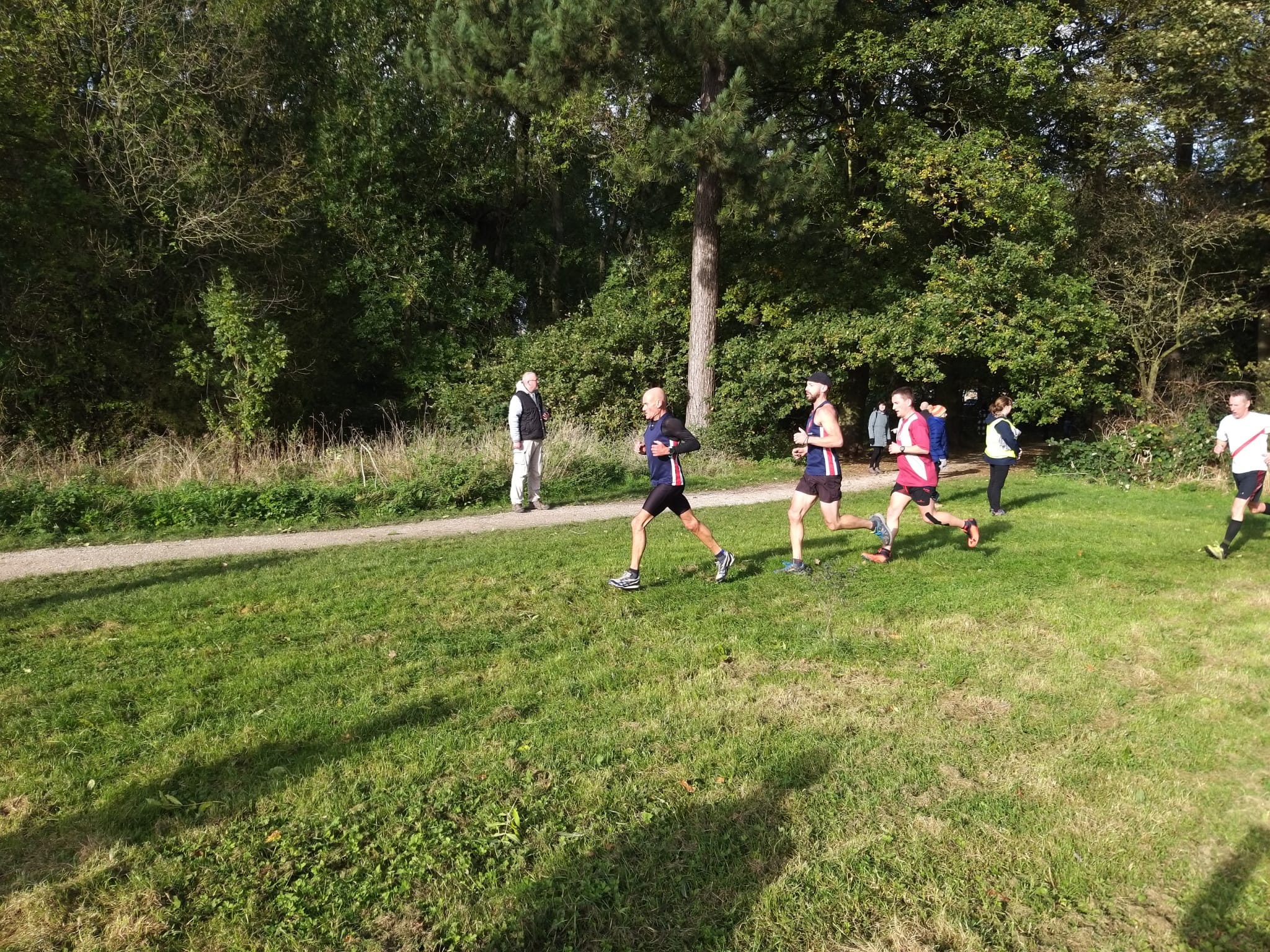 Dave Spencer and Adam Leighton powering across the grass

There were two women new to the country this week.  Victoria Smith, who’s only just joined the club and was first home in a magnificent 20th place and Georgia Mai-Walker, who managed to find time away from her Masters degree essays and was fourth scorer in 61st. More to come from these two I think, especially if Georgia can persuade her shoe laces to stay tied up.  Elaine put in her first showing of the season, two places behind Victoria (and second in her age category) and Liz ran another very strong race in 44th. Rachel and Emma were also well up the field in 64th and 65th out of a total of 80 women finishers.

The men also packed incredibly well, with all seven scorers coming in between 52nd and 80th place, separated by just over two minutes. Cross country debutante, Olly was first home, just ahead of Lewis, Mark, Graham, Simon, Adam and Dave, with Dave once again scooping first place in his age category.  Snapping at the heels of the scoring team came Peter, Andy and Dan, who all ran inside the top 100.  A bit further back, but still running incredibly strongly, were Matt Smith, who’s been a Club member since the very early days and Chris Hubbard who was also running his first cross country.

There were 250 runners at last weeks race and the mass start and friendly rivalry makes for a great event for all competitors. We’re back in Shipley Park on December 5th (this time running from the Heanor side). Let’s see if we can get more than 20 out, it’ll be proper winter by then!

Because of Sunday’s BDL, there was a very low turnout at parkrun on Saturday, though John Potter (18:10) and Laura Jones (33:24, pushing daughter, Jennifer) donned their Wrksworth vests at Alvaston.