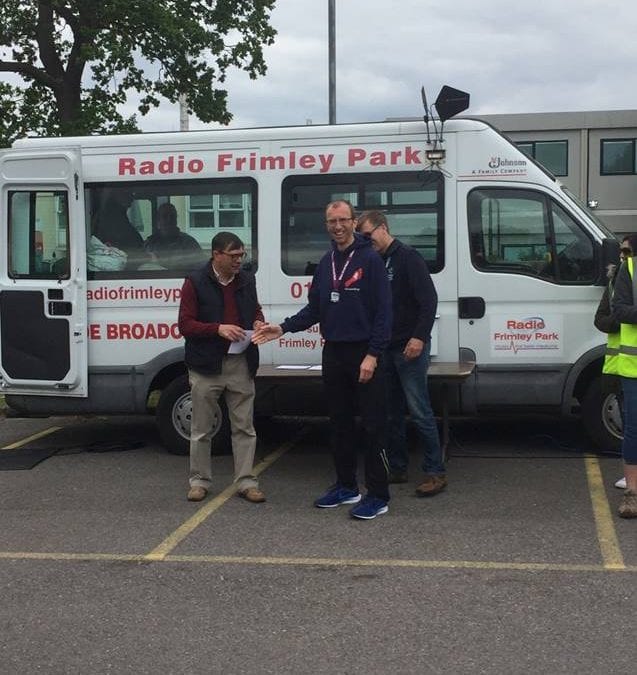 This weekend, chairman Paul Christmas competed at an away event – the Frimley 10k, which is based at Frimley Park Hospital in Surrey and this year raised funds for their Stroke Appeal. Some weeks on from the Derby 10k, Paul was hoping to see some improvement with just three weeks until he runs the Edinburgh Marathon at the end of May. With over 750 runners, there was some stiff competition but Paul managed to show the locals his contempt for their soft hills, coming home 6th overall and taking the prize for 1st male vet. Despite the lumpy tarmac and pavements, he managed a great time of 36:24, which is apparently his best ever age-grade performance for a 10k (equating to a 32:39 performance for senior men). And to top it off, he bagged 10 club-vest points for the club league.