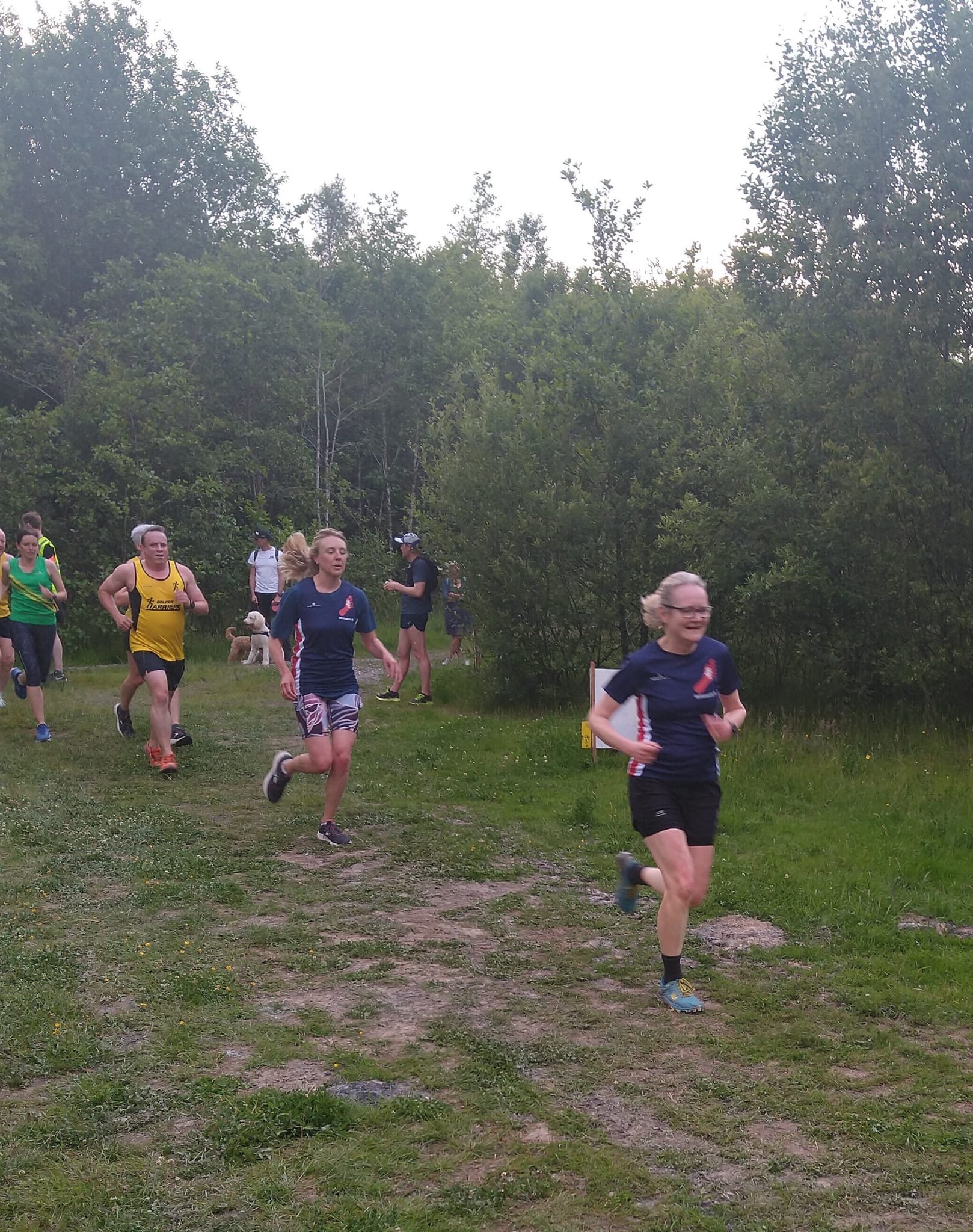 Report by Lewis Glover
The third Derby Runner BDL race of the summer season took place at Denby on a bright Tuesday evening this week. This particular event being somewhat unique within the BDL format as was a treble lap race with circuits 1 and 3 being the same and lap 2 being different. The course terrain varied from smooth tarmac, undulating surfaces of rough loose stone, grass and a bit of mud thrown in for good measure! The Wirksworth team was made up of 12 keen runners who put in very respectable performances, plus 1 solo supporter and camera man by the name of Simon Edwards, who did a great job, snapping away happily and providing motivation from the side-lines.
Following a bit of a pinch point at the start and for the first (mainly downhill) half a mile, the course then wound through a wooded area and up a stony, somewhat uneven path, and included a couple of wetter points too. It then eventually looped back past the start and fairly shortly after, runners were directed onto lap 2, which led then out onto the road outside the potteries. The contrastingly smooth surface and wider area allowed for the pack to a spread out a little more whilst maintaining a decent pace, before arriving back at the same junction for the start of the 3rd and final lap via the same trail as lap 1. After a pretty tough 4.6 miles runners arrived at the finish on the same downhill stretch where it had all started.
It was a well-attended and well marshalled race with a great performance put in from the whole WRC team with notable efforts from Dave Brassington as first WRC runner over the line,  Holly who ran her first BDL race and Len who was back on the BDL circuit.