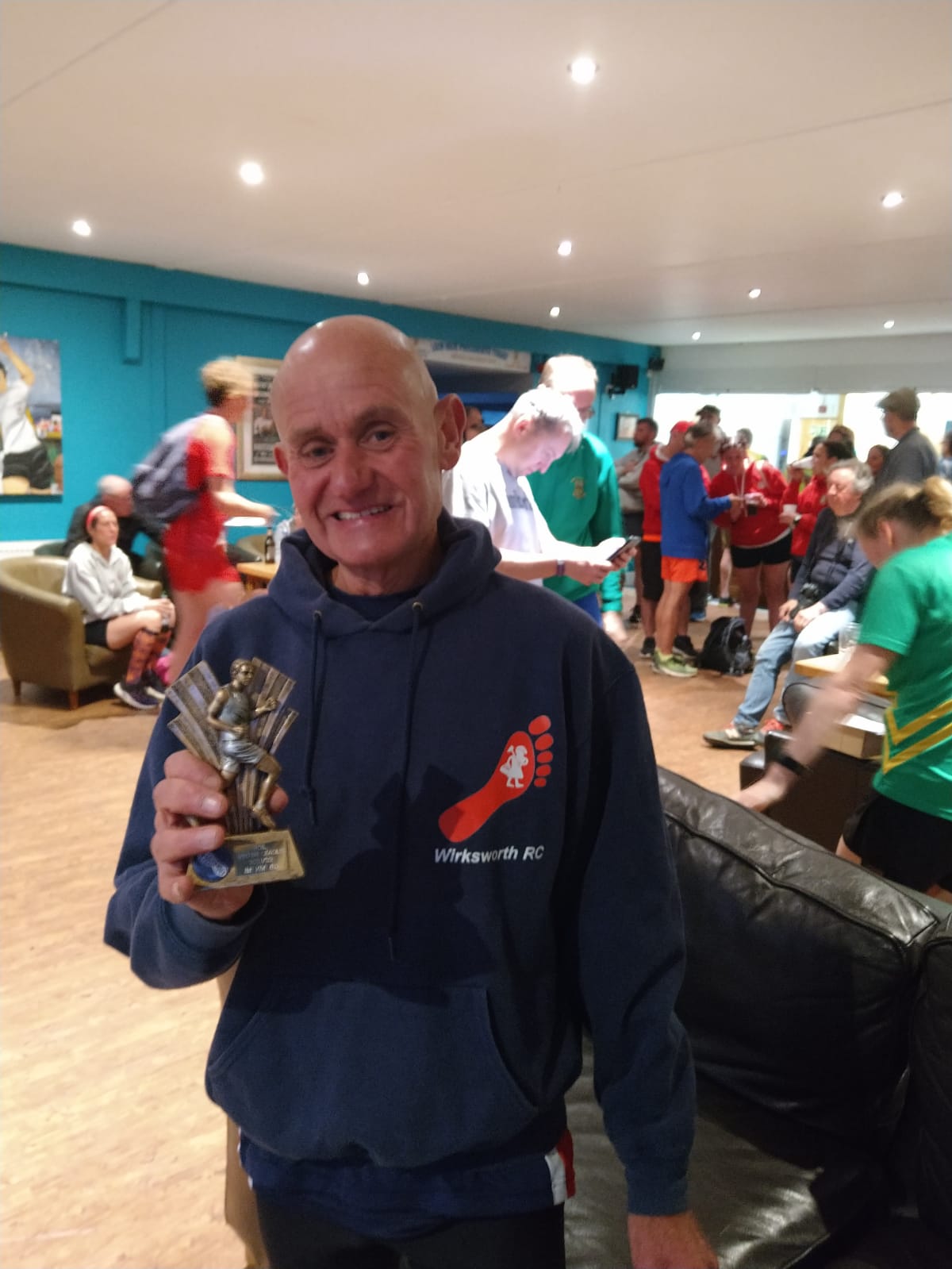 What is very likely to be the steepest of the summer races of this series took place in Cromford on Tuesday evening. Weather was good, conditions were dry and there was a huge attendance up for the challenge presented by 450 feet of ascent (all of it in one long slog).

Wirksworth had a team of 8 men and 5 women runners in attendance including recent members Joe Kirkham and Edmund Hunt, both running their first BDL and whom both ran spectacularly, finishing 40th and 78th respectively.

The run started close to the Rugby club building, heading back along the tarmaced surface towards Mill road with this wider area allowing for some fanning out of the pack before turning onto the narrower confines of the towpath. There was then the mile or so of flat to try not to fall into the canal before turning onto the incline past the old railway buildings and carriage at High Peak Junction.

For those of us unequipped with night vision, the tunnel on the first section of incline, unless taken carefully presented a real possibility of nose diving into the gravel due to the uneven surface and the sudden darkness – several missteps and trips were audible (including my own..)

Having navigated the tunnel, runners were then in for the long hall climb up to the Black Rocks car park where after gathering breath and maybe a little pace, the route looped everyone around and back onto the trail for the reverse leg to High Peak Junction.

The long, fast paced descent was welcome but somewhat challenging on the legs which had little time to recover from the ardeous climb!

Reaching High Peak again, it was across the bridge and sharp turn back onto the canal path for the significant stretch of flat back to rejoin Cromford Meadows and the eventual finish.

Joe was first WRC member across the finish followed by Lewis, Olly, Edmund Adam, Andy, Dave and Alex. First over the line for the ladies was Stef followed by Ania, Chloe, Liz and Kathy.

Matlock AC did a sterling job on the organisation and marshalling and general encouragement along the (not so flat) route. Hats off too to Derby Runner for sponsoring the series.

Wirksworth team support from the sidelines was provided by Clare, Victoria Simon and Nicky, plus post race Stef who not only ran a great race herself but then helped replenish the WRC runners energy sapped by the incline, by providing cakes!

Subsequent to the run, Wirksworth featured in the prize giving event for the Winter league held in the rugby club with Chris Sleath taking the Overall Male winner, Dave Spencer taking 1st V60 male, plus Liz Abrahams and Lewis Glover each gaining a 3rd place in their respective age categories.