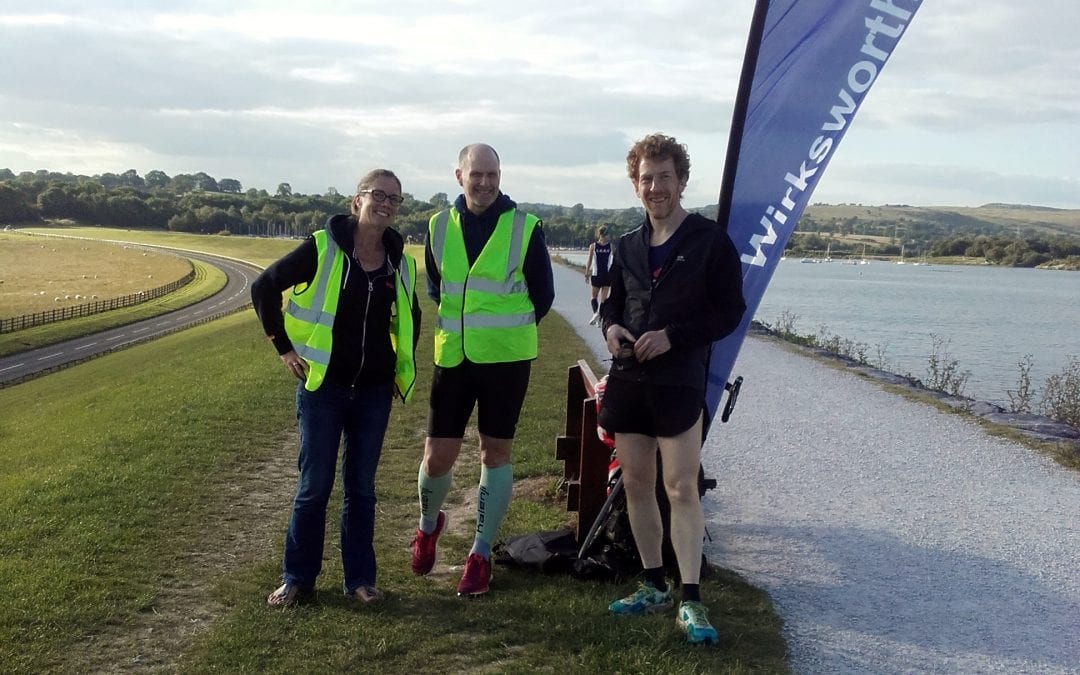 A report by Brian Clements, from an organiser’s perspective…

Another year goes by; it’s July, there’s a World Cup football match scheduled – so it must be the Carsington BDL 2019.

Jackie and I had reccied the course the night before and had decided to shorten the course to a turn point at 3.9km, based on comments we had from runners last year that the course was too long.

We marked the course out in the afternoon of the race.  Jackie, being more experienced in these matters than me, noticed that I was tying tape to every tree branch and fixing an arrow on every signpost we came across – “a little OCD there Brian” she observed.  But you can’t be sure to be too sure, that’s my motto.

Time flies – and it was already 6pm – our first runners were beginning to arrive.  Also our volunteer marshals were arriving, frantically texting John Potter to claim their valuable volunteer points in the club league. Jackie gave everyone their tasks and people duly set off to take up their positions.

Jackie herded the runners from the car park to the start to get a 7:30pm start.  It was certainly a larger field than last year (335 runners) but it was good to see them all off safely. A certain relief…now it was back to the start – where Peter and Darcie were waiting with technology in hand to record all the times.

It was a good race and everything went smoothly.  A big, big thank you goes to Jackie for taking the lead on this, which she has now been done for some years.  And thank you to all the volunteers and runners who made it go seamlessly.  It was a great advert for a small running club with members who have big hearts – from both Jackie and me, it’s a big thank you!