Bethan lights up the trail 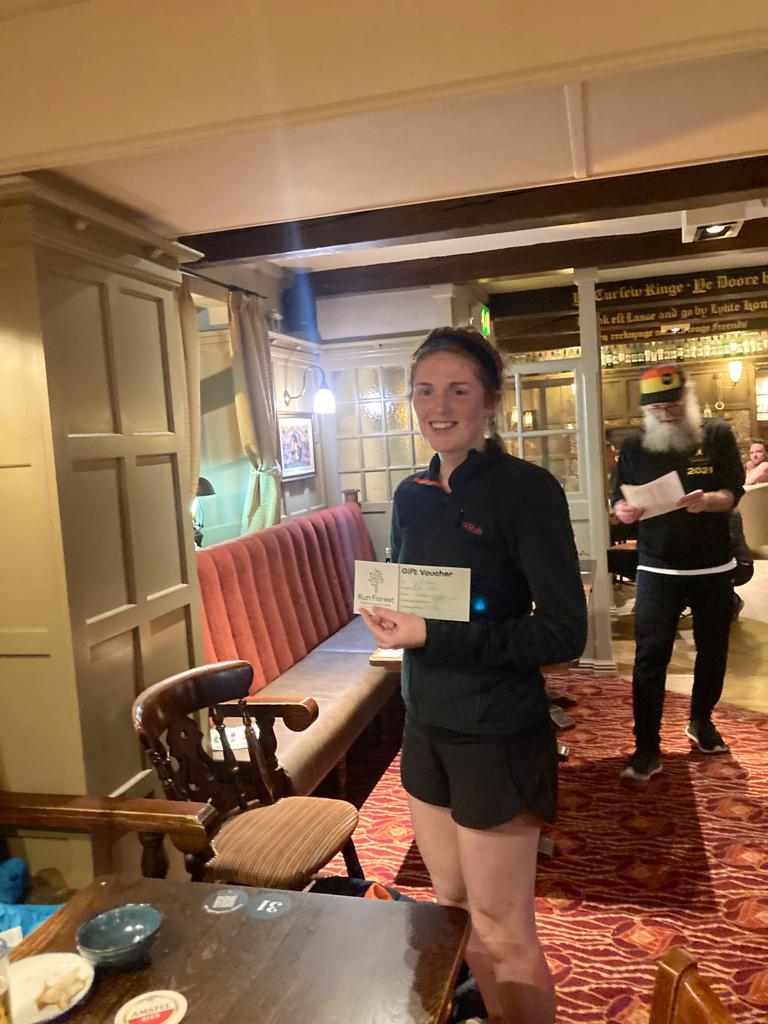 A newish local fell run, the Higham Hill Race, was attended by three WRC members last Tuesday. At just over 4 miles the route cut a figure of eight loop, with a mixture of brambly woods, open fields, some road sections and a steep climb that that needed to be tackled twice. The race started at 6.30 so head torches were needed as dusk turned to night and lighting the way for Wirksworth was Beth Nadin who finished third lady in a time of 32.32. Not far behind was Simon Edwards in 34.02 and Dave Spencer, just missing the V60 prize in 35.05. Danielle Brown ran really well too, finishing in 42:37.  Beer and chip butties were enjoyed in the Greyhound Pub afterwards with the race providing a great opener to the early evening fell races that can be enjoyed in our area in the coming months.