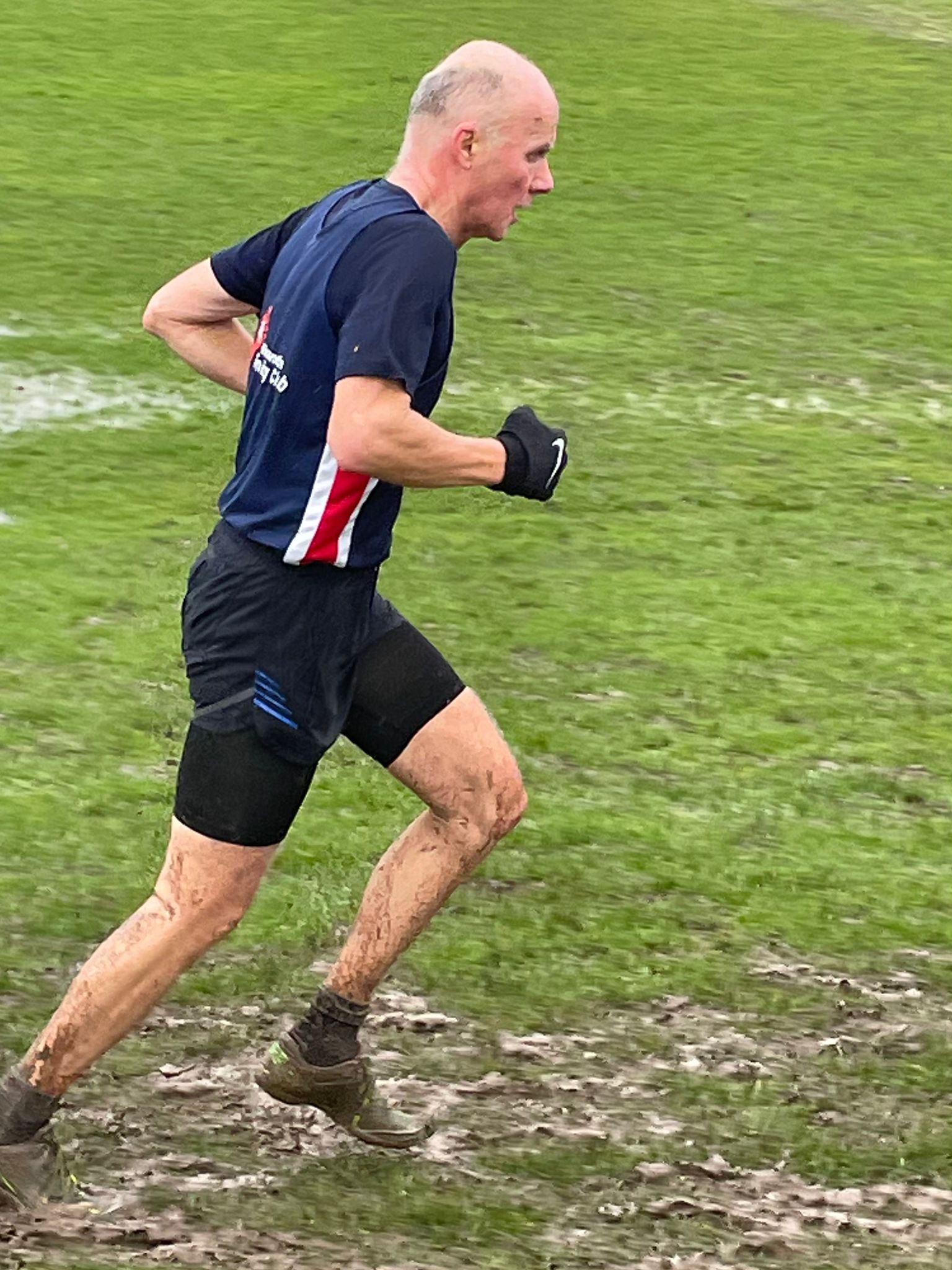 Reflections on the BDL Cross Country Winter League.  Firstly, we should acknowledge that it is the Derby Runner BDL Winter League and thanks to the aforementioned running shop, who took over sponsorship of the event from Louis Booth (Painter and Decorator, and Ilkeston Runner) a few years back.  Secondly, what a competition!  Anyone one of us who does a bit of racing knows it’s only partly about the results (although some of that later) it’s really about a sense of togetherness and being part of an event, turning out for your club and the achievement that everyone feels when you know you’ve given your all.  The nature of Cross Country running, I think adds to that sense of satisfaction, because, yes it’s that bit harder and usually cold and muddy, but that’s also what makes it more fun.

Sunday at Holmebrook Valley Park in Chesterfield, was no different.  Predictably sloppy in parts, with enough rain and wind to make staying upright quite tricky at times;  trees, slopes, cambers, bits of gravel and parts of a football pitch.  I think we were all grateful that race day fell on one of the comparatively calm days between the various storms that seem to be battering the country at the moment.  The 11 strong Men’s team came 5th and the five who competed in the Women’s came 9th, keeping up our consistent showing throughout the year.  It was good see Brian and Stef back and covered in mud, new runner Alex competing for a second time, Adam back from injury and Denise moving up the leader board and providing the best cakes of the season.

So, to the final reckoning.  It’s worth noting that over the five race series 327 men and 170 women took part and although everyone races together the scoring is separate.  Overall, our Men came 6th, the Women 9th and Combined, we came 6th out of 12 clubs.  A fantastic achievement, the highest we’ve ever come and above the likes of the once mighty Heanor RC and bigger clubs such as Ripley and North Derbyshire.  Our local rivals Matlock AC picked up the Women’s and Combined prizes, with Long Eaton RC winning the Men’s.   A couple of things stood out for me this year;  the increasing strength in depth in the Women’s event, some really impressive performances;  but also the fact that the BDL remains an event for everyone, with every runner, no matter what position getting cheered in by club mates and friendly battles to the line getting the same enthusiastic attention, whether it’s for 1st or 201st.

As highlighted in previous write ups we were in contention for some individual honours and so it proved.  Chris Sleath won two, came second in one and fourth at Holmebrook Valley and duly won the overall Men’s title.  Fair to say Chris played a major part in our team success and is a huge asset to the Club.  Dave Brassington also deserves more than a mention, and although he didn’t compete in the four races needed to get higher up the overall, was consistently our second placed runner, finishing in a best of 37th on Sunday.   Our other overall winner was Dave Spencer, who won four of out the five races he ran in and was M60 Champion by some margin.   Other podium finishers were Lewis Glover, who came third in the M50 category and Liz Abrahams who was also third in the W50.   But above all everyone who took part needs to congratulate themselves as it really was a complete team effort that helped us achieve the great result’s we had this year.

A final nod to our splendid Skip, Lewis, who took on the job this year and has done a sterling job co-ordinating the teams, collecting discs and compiling results on the day.  The summer league starts in April and it would be great to see as many of us out as possible, taking part and staying for the Winter League prize giving which usually takes place on the same day.