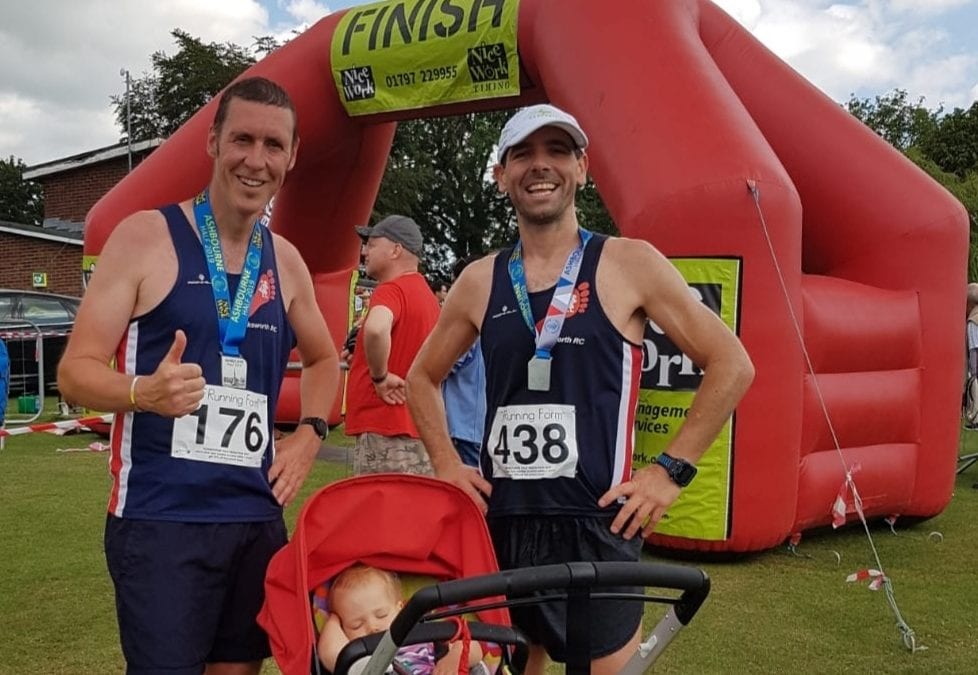 Sunday 7 July saw three brave WRC souls lining up for the hilly Ashbourne Half Marathon. Paul Christmas and Bob King were running conventionally, whilst John Potter was planning to push daughter Jennifer around the whole circuit in her buggy, seemingly unaware that there might be the odd ascent involved. It was a bright morning with quite a bit of strength in the sun but happily there were also a few clouds to suggest the chance of a bit of shade too.

The race starts at Ashbourne market place before revisiting the same spot in the first mile as the course does a quick loop before heading out onwards and upwards towards Mappleton. After that it’s a longish climb up to Thorpe before dropping down into Ilam and the toughest part of the race – a long, steep climb out of Ilam to the top of Bloor Hill. From there it’s downhill to the nine-mile mark, where the course shoots off for a quick out and back section at Okeover Park. Then it’s a straightforward final three miles back to the finish next to Ashbourne park for a well deserved banana and a bourbon biscuit.

Overall it was a very well marshalled and scenic race for those who with any spare energy for sightseeing.